by Catherine Johnson, aka MuckyShroom

Ailis Loganach lives a harsh life, but she’d never complain since she knows no other way.  Life in medieval Scotland is a ruthless battle for survival against the elements, disease and the whim of anyone more powerful than yourself.  It’s certainly not a comfortable world for a woman, but that doesn’t stop Ailis trying to make of it what she can.

Brom Suthurlan, Mormaer of Eilean nam Sian, Earl of the Isle of Storms, tries to be a fair and just ruler over the people that depend on him, but he’s hiding a terrible secret: the curse of a naive youth.  If his dark truth were to be revealed, he would lose not only his position, but his life.

Together there is a chance that they can bend destiny to their benefit, but they are separated by a vast chasm of rank, wealth and custom.  The civilisation they exist in makes any likelihood of a future impossible.  But the fates are watching, waiting, ready to cast the dice on this turn of the wheel. 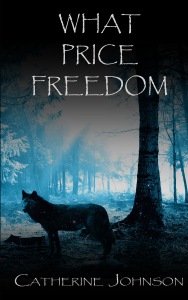